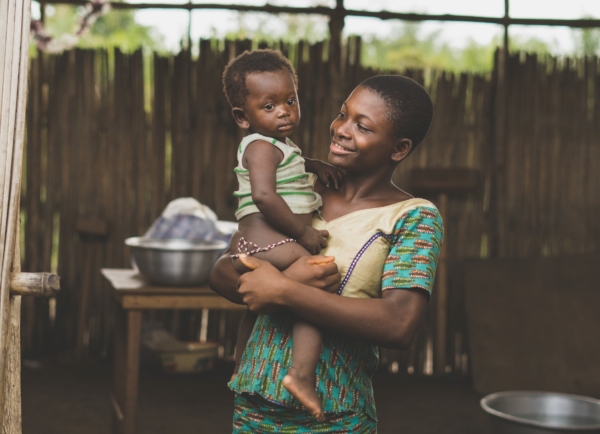 Researchers at INFANT have created a ground-breaking app that could help reduce maternal and perinatal mortality rates in developing countries.

Having received an Irish Research Council COALESCE funding, the pioneering app will be trialled across four districts in the Kilimanjaro Region of Northern Tanzania over the course of the next three years.

The research team, led by Dr Khashan and Professor Blandina Mmbaga from the Kilimanjaro Christian Medical Centre, alongside  Professor Redman and Dr Woodworth, believe that the app could provide developing countries with the ability to capture key data that might otherwise be lost.

In the developing world, countries like Tanzania tend to rely on paper-based systems to detail the provision of maternal healthcare services.

Although secure, those paper-based systems tend to be inefficient as they’re not designed to inform decision-making or measure the impact of medical interventions.

That makes them unusable in a modern context where accurate data is used to create strategies to reduce maternal and perinatal mortality rates.

We wanted to create a simple, low-cost, mobile app that could collect and upload accurate data so that health authorities can make informed decisions about the provision of maternal healthcare in specific contexts.

The ULTRA app has been developed to accept data both on and offline so that it can be used in remote areas where the most vulnerable families live.

Set to be trialled in four of Northern Tanzania’s seven districts, where 44,000 births are recorded annually, the ULTRA app will be deployed in both clinical and domestic settings, where many births go unregistered.

As such, the ULTRA app has been designed with simplicity in mind so that healthcare workers can be trained quickly to input data into its interface.

This means that Dr Khashan and his team have created an app that avoids the inclusion of superfluous “‘wouldn’t it be nice” features that can make platforms unwieldly.

It’s a prevalent issue in the poorest countries, most notably in sub-Saharan Africa. Eastern and Southern Africa, for example, had the lowest average birth certificate coverage at less than 30%.

To capture these births, we wanted to design an app that made it easy to identify and record non-institutional, as well as institutional, deliveries.

Created with the privacy of users in mind, data uploaded from the ULTRA app will be stored on servers in Tanzania rather than in Europe or the U.S, a feature that was important to Dr Khashan and the international research team in order to inspire confidence among mothers.

The app is aimed at low-income countries where access to data can be relatively limited.

It also collects personal information and we wanted to give mothers control over their own data. Privacy was something that we built into the app so that it would inspire confidence.

Throughout the construction of the app, we needed to weigh the right to privacy against the needs of health agencies in the developing world who require an affordable platform that can lead to targeted intervention.

Over the course of the next 36 months, Dr Khashan and his team will engage in testing the ULTRA app in Tanzania to ensure that it performs without any technical or practical issues, paying particular interest to the cost and usability of the system so that it might be rolled out across the developing world.