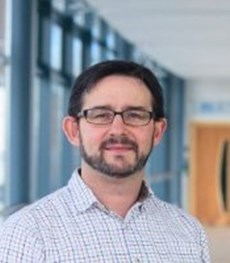 Professor Dempsey is the inaugural Horgan Chair in Neonatology at University College Cork,  a Consultant Neonatologist at Cork University Maternity Hospital and is Neonatal Lead at the INFANT Research Centre. He is a UCC graduate, he completed postgraduate training in Paediatrics in Ireland and later a Neonatal Fellowship at McGill University Health Centre, Montreal.

He is a member of a number of international collaborations conducting randomised trials on different aspects of neonatal care (PREMOD2, SafeBoosC III and COSGOD trials). He was Chief Investigator for the HIP Trial, a randomised trial of blood pressure management in extreme preterm infants. He was the lead PI for a number of  Science Foundation Ireland funded studies including Neoview, which is a research project aimed at improving patient care and family well-being in the NICU,  and Neuroprobe which addressed the relationship between blood pressure and cerebral activity in preterm infants.

He leads a number of local clinical studies, supervising PhD students and junior doctors on many aspects of newborn medicine.

Prof Dempsey  is a member of a number of international organisations including the European Society of Paediatric Research,  European Neonatal Echo Working group, European NIRS Working group and Pharmacology section of the European Society for Paediatric Research.  He is an associate editor of the Cochrane Neonatal, Journal of Perinatology and Frontiers in Paediatrics.  He has acted as an international reviewer for a number of funding agencies including the NIHR, Wellcome Trust and the European Commission. Prof Dempsey is also a previous board member of the Faculty of Paediatrics and past president of the Irish American Pediatric Society. He was appointed a member of the National Research Ethics Committee (A) for Clinical Trials in 2021.

He has been awarded a number of Higher Degrees, including a doctorate for work on Hypotension in the Preterm Infant,   an MSc in Health Care Ethics and Law and an MA in Teaching and Learning, focused on Simulation based procedural care. He  has over  200 publications in newborn care.