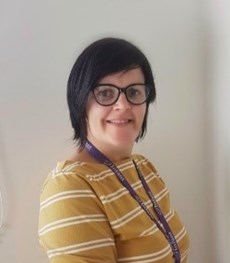 Anne Marie Cronin is a senior neonatal physiotherapist who is currently seconded half-time from CUMH as the research physiotherapist in INFANT. She works on the ENRICH project teaching parents infant massage and participating in developmental assessments of young children from birth to early childhood.

Anne Marie graduated from UCC in 1999 with BSc Physiology, followed by BSc Physiotherapy at the University of Brighton in 2002, and an MSc in Evidenced Based Therapy Practice in UCC in 2010. Since 2007, Anne Marie has worked as a senior neonatal physiotherapist in CUMH providing specialist physiotherapy assessment to the preterm population. She is currently participating in developmental assessments and compiling outcome data on this group.