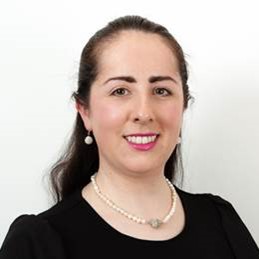 Maria is a Lecturer in Clinical Pharmacy in UCC School of Pharmacy. Maria completed her PhD in 2016, in collaboration with INFANT, on the topic of optimising treatment of neonatal seizures. Her main area of research is the optimisation of dosing regimens in paediatric populations, which she undertakes in conjunction with the INFANT centre.

At present, Maria works as a Research Support Pharmacist on the IRELAND trial and is part of the In4Kids and conect4children clinical trials networks.