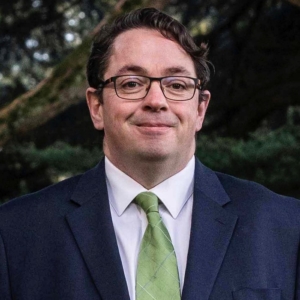 John F. Cryan is Professor & Chair, Dept. of Anatomy & Neuroscience, University College Cork and was appointed Vice President for Research & Innovation in March 2021.  He is also a Principal Investigator in the APC Microbiome Institute.

He received a B.Sc. (Hons) in Biochemistry and PhD in Pharmacology from the National University of Ireland, Galway, Ireland and was a visiting fellow at the Dept Psychiatry, University of Melbourne, Australia, which was followed by postdoctoral fellowships at the University of Pennsylvania, Philadelphia, USA and The Scripps Research Institute, La Jolla, California.

He spent four years as a Group Leader in the pharmaceutical industry at the Novartis Institutes for BioMedical Research in Basel Switzerland prior to joining UCC in 2005. Prof. Cryan’s current research is focused on understanding the interaction between brain, gut & microbiome and how it applies to stress, psychiatric and immune-related disorders at key time-windows across the lifespan. Prof. Cryan has published over 600 peer-reviewed articles and book chapters and has a H-index of 132 (Google Scholar; July 2021).

He is a Senior Editor of Neuropharmacology and of Neurobiology of Stress. He is on the editorial board of a further 15 journals. He has co-edited four books and is co-author of the bestselling  “The Psychobiotic Revolution: Mood, Food, and the New Science of the Gut-Brain Connection” (National Geographic Press, 2017).

He was elected a Member of the Royal Irish Academy in 2017 and has served on UCC’s Governing Body for 6 years. He also received a Research Mentor Award from the American Gastroenterology Association and the Tom Connor Distinguished Scientist Award from Neuroscience Ireland in 2017 and was awarded an honorary degree from the University of Antwerp, Belgium in 2018. He was a TEDMED speaker in Washington in 2014 and is Past-President of the European Behavioural Pharmacology Society.