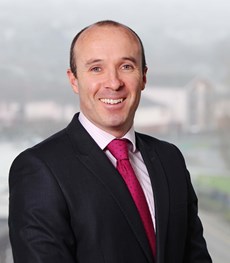 Fergus is a consultant in Obstetrics & Gynaecology and Maternal Fetal Medicine Sub-specialist. He graduated with honours in Medicine from University College Cork in 2003 and received his PhD in 2012 for work investigating the aetiology and potential treatments for pre-eclampsia.

Fergus has a Masters in Epidemiology from the University of London and a Diploma in Clinical Education from the National University of Ireland, Galway. He has >70 publications including in the British Medical Journal and the American Journal of Obstetrics and Gynaecology in addition to >50 conference publications and over 600k in research funding.

Between 2014 and 2017 Fergus was a Clinical Lecturer at King’s College London where he completed his training in Maternal-Fetal Medicine and achieved his first independent major grant with the NIHR investigating the life-long cardiovascular implications of pre-eclampsia. He also has ongoing key collaboration with UCL, Farr Institute, NPEU in Oxford and the University of Oxford.  He co-supervises three PhD students, overseeing the final year medical research projects at University College Cork. He is an executive member of the International Society for the Study of Hypertension in Pregnancy and continues to be a representative of the RCOG Maternal Medicine (including Hypertensive Disease) Clinical Studies group.

He is a proud Cork man, son of two, brother of eight, father of four little ones, husband of one and he loves running, David Attenborough and Peaky Blinders.