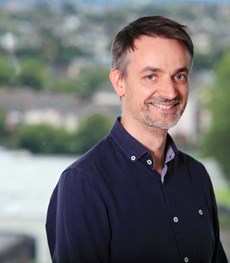 Dr. John O’Toole is a Lead Investigator at the INFANT Research Centre.

John is currently leading The AI-4-NICU Action which will create a pan-European multidisciplinary network with the clinical and technical expertise required to bring artificial intelligence (AI)-enabled decision-support tools to the neonatal intensive care unit (NICU).

In 1997 John received the B.E. degree  and the M.Eng.Sc. degree in 2000 from the University College Dublin, Ireland, and the Ph.D. (2009) degree from the University of Queensland, Australia. His Ph.D. thesis received the Dean’s award for outstanding research in 2010. Prior to Ph.D. study, he worked in industry (2001-2003) as a consultant engineer in control systems and as a research assistant (2003-2005) at the Signal Processing Research Centre in the Queensland University of Technology, Australia.

His postdoctoral research has included topics in signal processing and biomedical applications at the Centre for Clinical Research (2008-2010), University of Queensland, Australia; DeustoTech-eLIFE Group (2011-2013), University of Deusto, Spain; and from 2013 on at the Neonatal Brain Research Group, now part of INFANT, at University College Cork, Ireland.

John has participated in many conferences such as  the Organisational committee member for WoSSPA (International Workshop on Systems, Signal Processing and their Applications) 2013, ISSPA (International conference on Information Sciences, Signal Processing and their Applications) 2012, and ISSPIT (IEEE Symposium on Signal Processing and Information Technology) 2011; international liaison for ISSPA 2010 and WoSSPA 2011; technical programme committee for ISSPIT 2015. And he has been interviewed for RTÉ Radio 1 programme, Bright Sparks, May 2015; science show, Electric Brains, at Ploughing Championships (2015) and National School (2016); presented at Meet the Engineers, Lifetime Lab, Cork (2016).