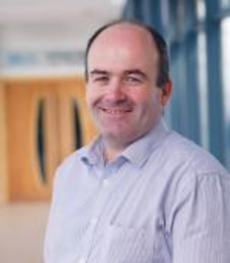 Peter is a Consultant Neonatologist in CUMH

Dr Peter Filan is a Consultant Neonatologist at Cork University Maternity Hospital.  He qualified from University College Dublin in 1994 and initially trained at the National Maternity Hospital, Holles St., Our Lady’s Children’s Hospital, Crumlin and the Children’s University Hospital, Temple St. In 2000 Peter moved to London to commence Higher Specialist Registrar training in Paediatrics at the South Thames London Deanery and in 2004 completed sub speciality training in Neonatology. There under the mentorship of Dr Janet Rennie he developed his interest in neonatal neurology. In 2004 he commenced a neonatal fellowship at the Royal Children’s Hospital, Melbourne and undertook an MD thesis (awarded by UCD, 2008) supervised by Prof Terrie Inder. The thesis, based on advanced neonatal magnetic resonance imaging techniques, investigated the influence of surgery on the immature infant brain. Current interests include the developing infant brain, neonatal neuroimaging and EEG.